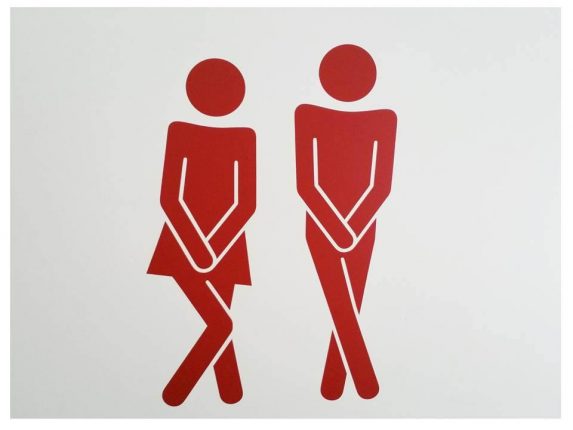 If you have ever suffered from diarrhea while traveling, you know very well what we are talking about! It’s not some sort of evil eye thing, don’t blame your envious friends forced to stay at home to put a spell on you!

This disorder manifests by an increased frequency of intestinal peristalsis, leading to three or more defecation per day with loose stools, generally during a trip abroad, often in developing countries.

What is the cause?

In 40-70% of cases there are not further investigation because the symptoms disappear before the end of holidays, exactly when you have to go back home. When the problem is better analysed, the following bacteria are almost always found:

In few cases, viruses, such as noroviruses and rotaviruses, and protozoa such as Giardia lamblia may also be involved. Other parasites causing diarrhea are Cryptosporidium spp, Entamoeba histolytica and Cyclospora catayensis.

The most dangerous countries are those in the south and south-east Asia, northern, eastern and western Africa, South America and Central America. At intermediate risk are considered South Africa, the Caribbean, Russia and China.

Children under 6 years old, immunosuppressed, people with inflammatory bowel disease or diabetes, patients undertaking H2 blockers or antacids. In addition, some situations are more exposed to risk, such as camping or cruising, whereas epidemics of viral and bacterial gastroenteritis are frequent. There is also a genetic predisposition: subjects with blood group 0 are more exposed to shigellosis and to severe forms of cholera.

How we can prevent it?

1- avoid foods from vendors that do not guarantee hygiene standards;

2- consume water and drinks in sealed bottles on purchase and avoid the addition of ice;

3- do not eat raw or undercooked meat or fish;

4- avoid eating raw vegetables and fruits without having peeled them.

It is always advisable to wash hands with soap and water to reduce the risk.

Regarding subjects in good health, the administration of antibiotics as a prophylaxis is not only not recommended, but actually exposes people to the risk of developing Candida infections or Clostridium difficile diarrhea.

In the case of subjects with impaired immune defenses or having other pathologies, antibiotic prophylaxis should be evaluated with the attending physician.

Usually the problem will be solved without specific treatments, however rehydration is often useful to restore the fluid loss. In mild forms (1-2 diarrheal faeces discharges in 24 hours) the BMJ experts recommend taking loperamide.

Travelers who experience three or more episodes of diarrhea over an 8-hour period, especially if associated with nausea, vomiting, abdominal cramps, fever or blood in the stool, may benefit from antimicrobial therapy. In any case, a doctor should be consulted.

Have a good trip, for those who can!

Any cookies that may not be particularly necessary for the website to function and is used specifically to collect user personal data via analytics, ads, other embedded contents are termed as non-necessary cookies. It is mandatory to procure user consent prior to running these cookies on your website.