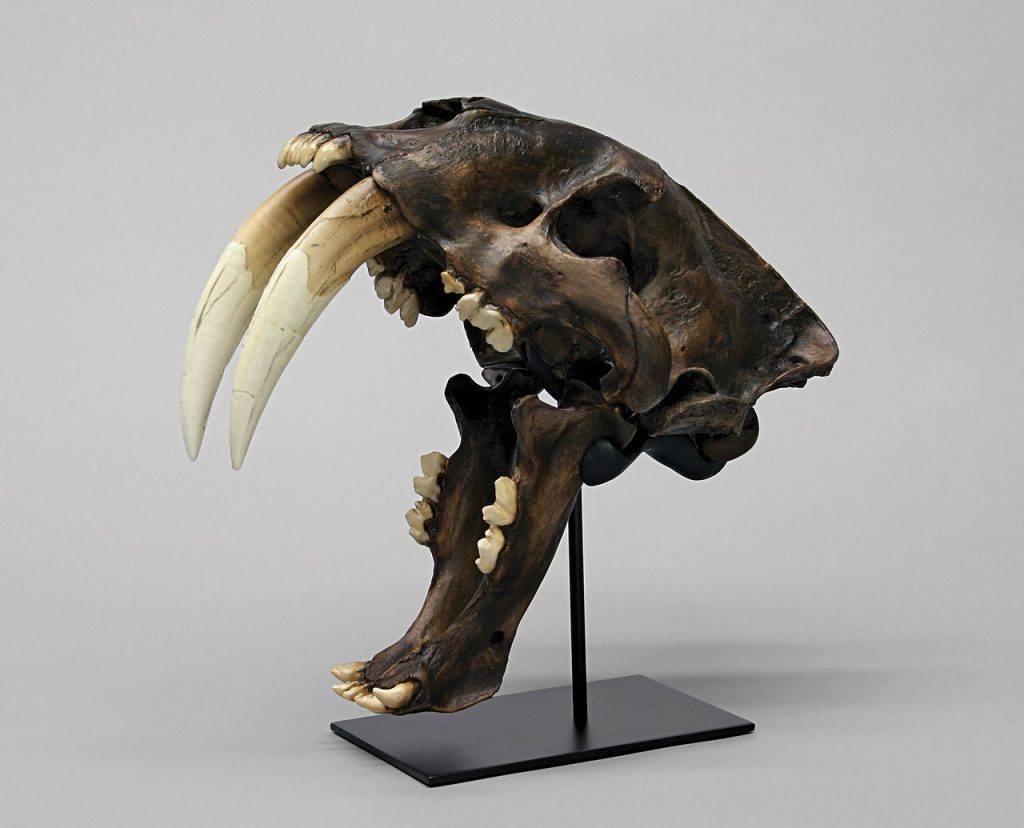 Nowadays, we keep talking about the climate problems and the damage that oil derivatives do to the entire ecosystem in various ways. But in America there is a place where black gold has claimed victims for thousands of years, long before men started working on it. The place is called “La Brea” and is located in a quiet suburb of Los Angeles, California.

The “La Brea” tar pits are in fact a natural trap composed of an accumulation of oil, which form pools from a few tens of centimeters to a few meters deep: but do not be fooled by the little depth!

In these ponds, remains of large mammals have been found, such as saber-toothed tigers, bears, and even mammoths! races of alteration on their bones confirm that even just a few centimeters of height of this treacherous fluid were sufficient to trap large mammals, whom remained entangled there until starved to death.

This so called “infernal trap” is generated by a natural process of oil filtration from the ground, which, rising through faults and fractures, gets to accumulate on the surface. Here the most “light” and gaseous components evaporate, leaving only the heaviest fraction of hydrocarbons, called bitumen (essentially composed of asphaltenes).

The “La Brea” tar pits, however, represent today a precious  mine of fossils from the previous ice ages!

One of the properties of bitumen is to perfectly incorporate and preserve the skeletons of animals that were trapped in it. This ability, besides being so unfortunate for the animals ending up fatally trapped , allowed us to find thousands of complete skeletons of mammals, birds, and reptiles from the Early Pleistocene (in this area, around 40,000 years ago) to the present day.

The site is home to a museum of natural sciences and, representing a geological window on the ice ages, is the subject of specific studies on climate change and palaeoenvironmental changes.

From now on, watch out  where you put your feet!

Any cookies that may not be particularly necessary for the website to function and is used specifically to collect user personal data via analytics, ads, other embedded contents are termed as non-necessary cookies. It is mandatory to procure user consent prior to running these cookies on your website.

SAVE & ACCEPT
Back To Top